This slot is inspired by pre-colonial Mesoamerica where the mighty Xiu, god of fire, and his high priestess Zyanya reside with the Mayan peoples surrounded by beautiful architecture and golden artefacts.

Xui – God of fire and his priestess Zyanya, his stele sculpture and mask form the integual game symbols. A fire-lit Ancient Mayan pyramid acts as the Scatter. An ornate sun stone represents the Wild and will substitute for all symbols aside from the bonus – it can only appear on reels 2 to 5. 10 Free Games are activated when 3, 4 or 5 Scatters are shown and once launched it will only include top winning symbols. 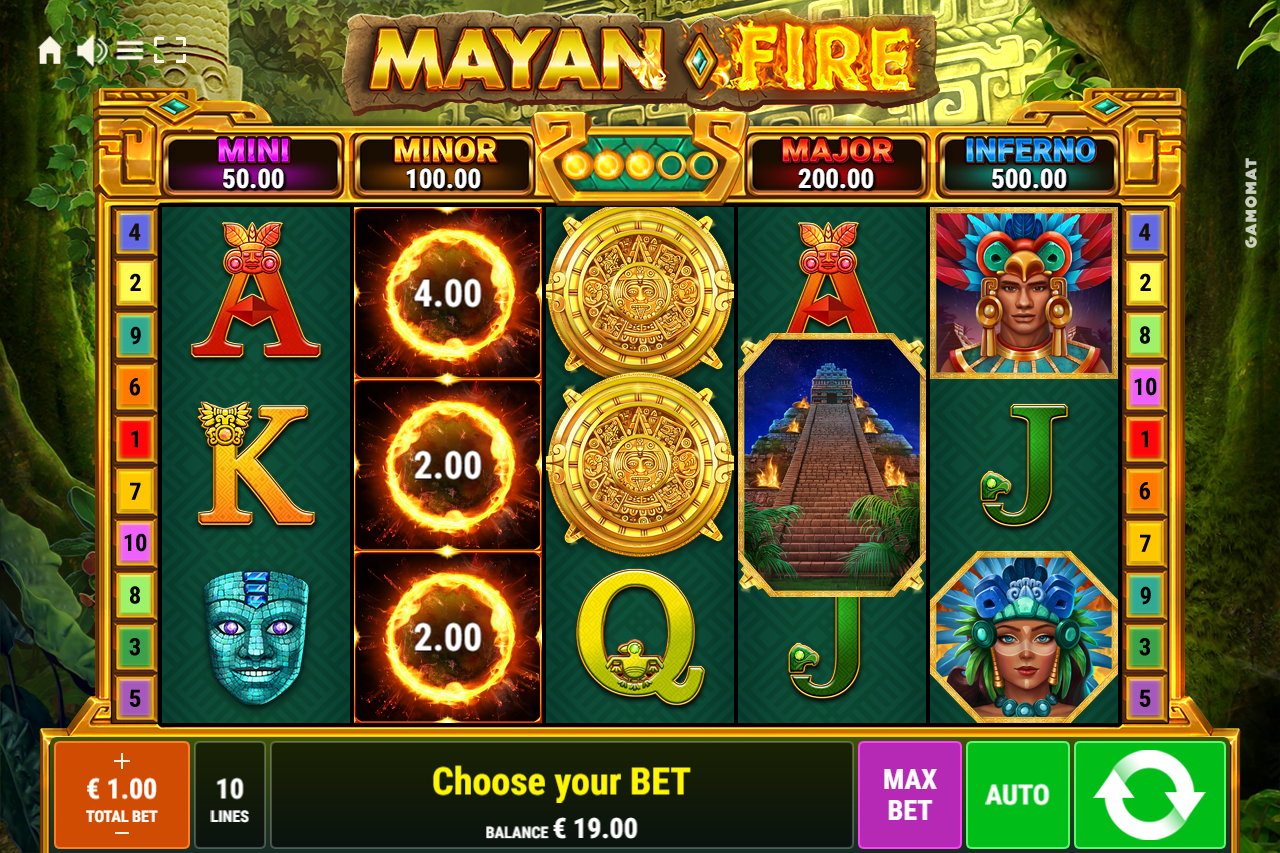 Mayan Fire is part of GAMOMAT’s Fire Respins series, which was first launched with Sevens Fire. Five or more Fire Orbs will trigger three Fire Respins and the totals are awarded at the conclusion of the round. Each time a Fire Orb is shown, it will reset the spins to three. There are Mini, Minor, Major and Inferno levels and a complete screen, 15x, of Fire Orbs will ignite the Inferno bonus.

The risk ladder and card gamble are in play for players wanting to add to the gaming experience. Mayan Fire is available to all ORYX operator partners via ORYX HUB and for social gaming via Whow.

“Mayan Fire is a beautifully created title that celebrates the ancient Mayan culture and infuses some modern touches. Our Fire Respins feature delivers a marvellous gaming experience where golden prizes can be shown on the reels.”